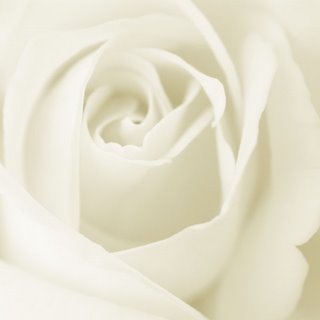 Jaabir bin Samurah (Radhiallahu Anhu reports that: "I saw the Seal of Prophethood of Rasullullah (Sallallahu alaihi wasallam) between his two shoulders, which was like a red tumour (protruding flesh), the size of which was like that of a pigeon's egg".

Commentary
There are various and different narrations regarding the size and colour of the Seal of Prophethood of Sayyidina Rasullullah (Sallallahu alaihi wasallam). Qurtubi has reconciled these by sayimg that the size changed from time to time, as did the colour. According to this humble servant, this reconciliation may also be possible, that in reality all these are similarities, and every similarity is according to a person's understanding, which is an approximate state. There is no disagreement in explaining approximates. This is a more appropriate explanation.

Ibn 'Abbaas Radiyallahu 'Anhu says:
"Rasulullah Sallallahu 'Alayhi Wasallam said: 'Use kuhl made of ithmid on the eye; it brightens the eyesight, and strengthens and increases the growth of the eye lashes'. (Sayyidina Ibn'Abbaas Radiyallahu'Anhu also used to say) 'Rasulullah Sallallahu 'Alayhi Wasallarn had a small container for keeping kuhl, from which he applied kuhl in each eye three times every night"'.

Commentary
Ithmid is a special type of kuhl which is reddish black in colour. It is obtained in the Eastern countries. Some of the learned say it is the Isfahaani kuhl, and other say it is the Totiya. Some 'ulama say, it means those who have good eyesight and it should be used by those with whose eyesight it agrees, otherwise a sick person's eyes will pain more by its use. It is more beneficial to apply kuhl at the time of sleeping as it will remain longer in the eyes, and will penetrate more into the pores. There are different narrations on the number of times it should be applied in each eye. In a few it is stated that it should be applied three times in each eye, as mentioned above. In other narrations it is stated that it should be put three times in the right eye and two times in the left eye. It is supposed that the variations are because of the different times of the narrations. At a certain time, Sayyidina Rasulullah Sallallahu alayhi Wasallam applied it in one manner and at another time in the other manner. Haafiz Ibn Hajar, Mulla 'Ali Qaari and other 'ulama have preferred the first method (as given in the hadith under discussion). the first method has been narrated many times from Sayyidina Rasulullah Sallallahu' Alayhi Wasallam, as will be seen in the narration that follow.

Hadith Number 3
It has been reported from Ummi Salamah Radhiyallahu 'Anha: "Rasulullah Sallallahu 'Alayhi Wasallam preferred wearing, from among all clothing, the qamis (thowb)".

Samurah bun Jundub (R.A) says: " Rasulullah (S.A.W) said, "Wear white clothing because it is more taahir (paak) and clean, and also clothe your dead in it." 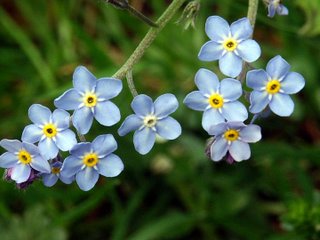 The uncle descirbed the noble features by saying: "He had great qualities and attributes in him, others also held him in high estemm. His mubarak face shone like the full moon. He was slightly taller than a man of middle height, but shorter than a tall person. His mubarak head was moderately large. His mubarak hair was slightly twisted. If his hair became parted naturally in the middle he left it so, otherwise he did not habitually make an effort to part his hair in the middle. (This is a more respected transaltion).

Rasulullah (Sallallahu alaihe wasallam) had a very luminous complexion (colour), and a wide forehead. He had dense and fine hair on his eye brows. Both eye brows were seperate and did not meet each other in the middle. There was a vein between them that used to expand when he became angry. His nose was prominemt and had a nur and lustre on it. When one first looked at him, it seemed as if he had a large nose, but looking at it carefully showed that the lustre and beauty made it look large, otherwise in itself the nose was not large."

His beard was full and dense. The pupil of his eye was black. His cheeks were full and full of flesh. The mouth of Rasulullah (Sallallahu alaihe wasallam) was moderately wide. (He did not have a small mouth). His teeth were thin and bright. The front teeth had a slight space between them. There was a thin line of hair from the chest to the navel. His neck was beautiful and thin, like the neck of a statue shaved clean, the colour of which was clear, shining and beautiful like silver. All the parts of his body were of moderate size, and fully fleshed. His body was proportionately jointed. His chest and stomach were in line, but his chest was broad and wide. The space between his shoulders was wide. The bones of his joints were strong and large (denoting strength). When he removed his clothing, his body looked bright and had a lustre (or rather those parts of the body that were not covered by his clothing were also bright and shining, compared with those parts of the body that were covered by his clothing. According to this humble servant the latter translation is more appropriate).

Between the chest and navel there was a thin line of hair. Besides this line neither the chest nor the stomach had other hair on it. Both sides, the shoulders and the upper portion of the chest had hair. His forearm was long and palms were wide. The palms and both feet were fully fleshed. The fingers and toes were moderately long. The soles of his feet were a bit deep. His feet were smooth, because of their cleanliness and smoothness the water did not remain there but flowed away quickly. When he walked, he lifted his legs with vigour, leaned slightly forward and placed his feet softly on the ground. He walked at a quick pace and took rather a long step. He did not take small steps. When he walked it seemed as if he was descending to a lower place.

"Here the gaze of the killer hasn't lifted modestly. There the hand of the lover rest on the heart of the deceased"
His modest habit was to look at something with a light eye,i.e. he looked at a thing, with modesty and bashfulness, hence he did not stare at anything. While walking he asked the Sahabah (Radiallahu anhum) to walk in front, and he himself walked behind. He made salaam to whomsoever he met"

A Little Something from Shamaa'il Tirmidhi 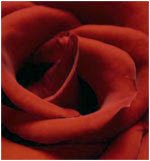 When I was taught from Shamaa'il Tirmidhi, honestly it was my favourite part of the class. We all (my class) just loved this Kitab. Every hadith we did, we fell more and more in love with Sayyidinah Rasulullah (s.a.w), SubhanAllah. Okay, so since it's Rabi` al-Awwal, I thought I should post some of my favourite ahadeeth from Shama'ile Tirmidhi. One at a time though...

When an unfulfilled lover is deprived of meeting the beloved then he stands in front of the beloved's house remembering the features of his beloved, in an attempt to gain some solace. It is from habits and features that the heart is appeased.

"Rasulullah (Sallallahu alaihe wasallam) was neither very tall nor short, but of a medium stature among people. His hair was neither very curly nor very straight, but had a slight wave in it. He did not have a big body nor a round face, but his mubaarak face was slightly round (meaning he did not have a fully round face nor a fully elongated face, bur in between the two). The complexion of Rasulullah (Sallallahu alaihe wasallam) was white with redness in it.

When he walked, he lifted his legs with vigour, as if he were descending to a low-lying place. When he addressed a person he turned his whole body towards that person. (He did not only turn his face towards the person he addressed, as this is considered impolite, and sometimes, it even denotes pride. Sayyidina Rasulullah (Sallallahu alaihe wasallam) faced the person he spoke to, with his chest and body. Some scholars have translated this as, when Sayyidina Rasulullah (Sallallahu alaihe wasallam) addressed someone, he completely turned his face towards that person, and did not give a side glance. This is not a suitable translation).

The seal of Prophethood was situated between his shoulders. He was a last of all prophets. He was the most generous and the most truthful. He was the most kind-hearted and came from a most noble family. (It means his character, family back-ground and everything else was of the best).

Any person who saw him suddenly would become awe-inspired. Sayyidina Rasulullah (Sallallahu alaihe wasallam) had such a great personality and dignity, that the person who saw him for the first time, because of his awe-inspiring personality, would be overcome with a feeling of profound respect. Firstly, there is a ro`b (awe) for physical beauty, with this when other Kamaalat are added what more could then be said of the ro'b (awe). Besides, the special attributes and qualities granted to Sayyidina Rasulullah (Sallallahu alaihe wasallam) ro'b (awe) is also one of the special qualities granted to him).

Anyone who came in close contact with him, and knew his excellent character was smitten with the love of his excellent attributes. Anyone who described his noble features can only say: "I have not seen anyone like Rasulullah (Sallallahu alaihe wasallam) neither before nor after him."

We stand on guard for powerful against weak

We stand on guard for powerful against weak

W e now know where the Harper government stands on the Arab-Israeli issue: squarely with Israel and the United States.

Early this month, Canada was the only nation to join the U.S. in voting against a resolution on Palestinian rights at the United Nations Economic and Social Council. Now it has become the first nation after Israel to cut off contacts with and aid to the Hamas-led Palestinian Authority.

Combined with our increasingly Americanized combat role in Afghanistan, we are abandoning Canada's traditional neutrality and recasting ourselves in a partisan role — in the service of the Bush administration...

All Comments
This blog is best viewed with Mozilla Firefox